This week we used the book Owl Babies by Martin Waddell as our starting point. We received several letters from Bill the baby owl in the story. Some of us wrote letters back to Bill. 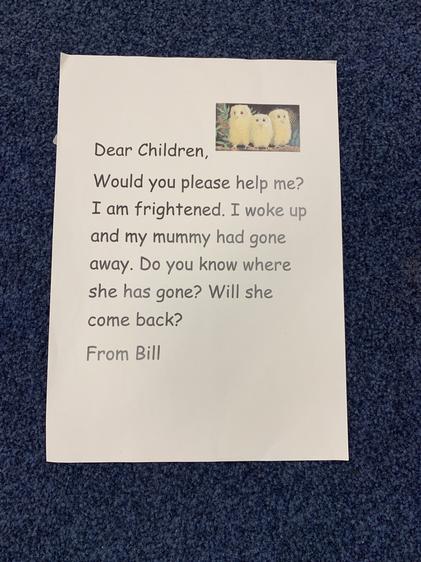 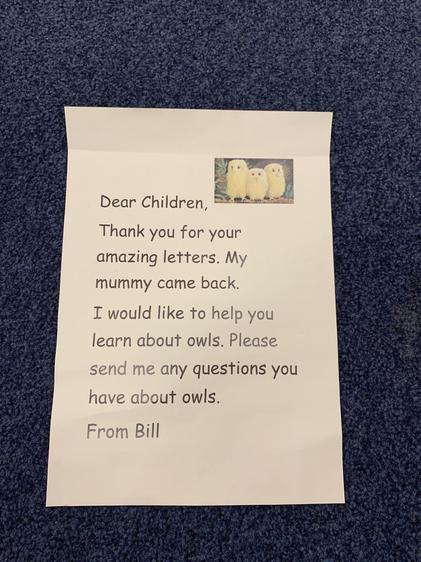 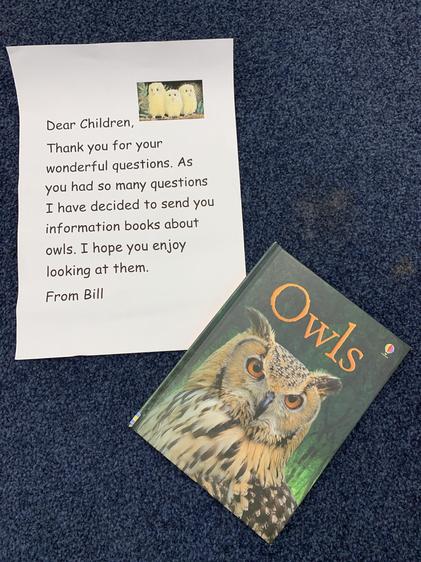 This week in maths we continued our unit of work called 1, 2, 3.

We counted spots on dominoes and sorted them depending on the number of spots they had. We looked at one more and one less than a given number. We ended the week by using the numicon to find different ways of making two or three.

We continued our daily phonics sessions.

We are learning the phase 2 sounds. This week we recapped the sounds we learnt last half term and started to learn the next group of sounds.

On Tuesday we were all very excited when our new kitchen equipment turned up. It had been ordered in July and was supposed to have arrived at the end of the summer holiday! We have had several tea parties and have cooked a range of meals including lots of pancakes.